What Is Bipolar Disorder?

Esperanza Behavioral Health and Services Blog What Is Bipolar Disorder? 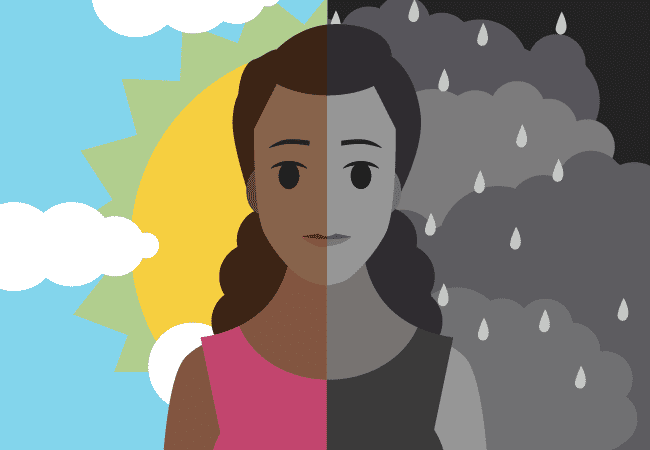 People without bipolar disorder experience mood fluctuations as well. However, these mood changes typically last hours rather than days. Also, these changes are not usually accompanied by the extreme degree of behavior change or difficulty with daily routines and social interactions that people with bipolar disorder demonstrate during mood episodes. Bipolar disorder can disrupt a person’s relationships with loved ones and cause difficulty in working or going to school.

Bipolar disorder commonly runs in families: 80 to 90 percent of individuals with bipolar disorder have a relative with bipolar disorder or depression. Environmental factors such as stress, sleep disruption, and drugs and alcohol may trigger mood episodes in vulnerable people. Though the specific causes of bipolar disorder within the brain are unclear, an imbalance of brain chemicals is believed to lead to dysregulated brain activity. The average age of onset is 25 years old.

A diagnosis of bipolar II disorder requires someone to have at least one major depressive episode and at least one hypomanic episode. People return to their usual functioning between episodes. People with bipolar II disorder often first seek treatment as a result of their first depressive episode, since hypomanic episodes often feel pleasurable and can even increase performance at work or school.

People with bipolar II disorder frequently have other mental illnesses such as anxiety disorder or substance use disorder, the latter of which can exacerbate symptoms of depression or hypomania.

Treatments for bipolar II are similar to those for bipolar I: medication and psychotherapy. The most commonly used medications are mood stabilizers and antidepressants, depending on the specific symptoms. If depressive symptoms are severe and medication is not effective, ECT (see above) may be used. Each person's treatment is individualized.

Author
American Psychiatric Association (APA) The APA is the American Psychiatric Association (APA) is to be the premier psychiatric organization that advances mental health as part of general health and well-being. Their goal is to promote the rights and best interests of patients and those actually or potentially making use of psychiatric services for mental illness, including substance use disorders. To improve access to and quality of psychiatric services. To improve research into all aspects of mental illness, including causes, prevention, and treatment of psychiatric disorders. To improve psychiatric education and training. To promote optimal conditions for practice and career satisfaction. To foster collaboration among all who are concerned with medical, psychological, socio-cultural and legal aspects of mental health and illness. To improve functioning of the APA in the service of its mission.